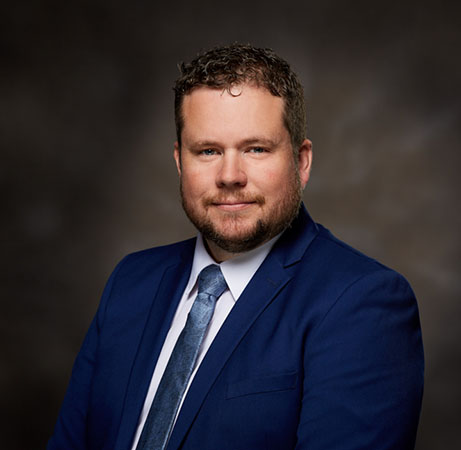 Jesse practices in the areas of civil litigation and family law. He has assisted clients with insurance disputes, personal injury matters, medical malpractice claims, and employment concerns. Jesse has appeared in front of a variety of administrative tribunals and at various levels of court in Manitoba. Jesse graduated from law school at the University of Manitoba, where he was a finalist in both the annual negotiation and advocacy competitions. Jesse joined the firm as an articling student in 2019, becoming an associate upon his call to the bar in 2020.

Prior to entering law, Jesse worked for over 15 years as a child and youth counselor and social worker in British Columbia, the United Kingdom and the Northwest Territories. In Manitoba, Jesse first worked as an investigator with the Manitoba Human Rights Commission before joining the Family Conciliation Services branch of Manitoba Families as a mediator and court-appointed family assessor. When not working , Jesse enjoys any activity that can be done outdoors in the company of his wife and daughters.

Associate at Tapper Cuddy LLP since 2020